Pumpkin startup: for the second time a community in Sumy Oblast is harvesting the traditional Ukrainian berry 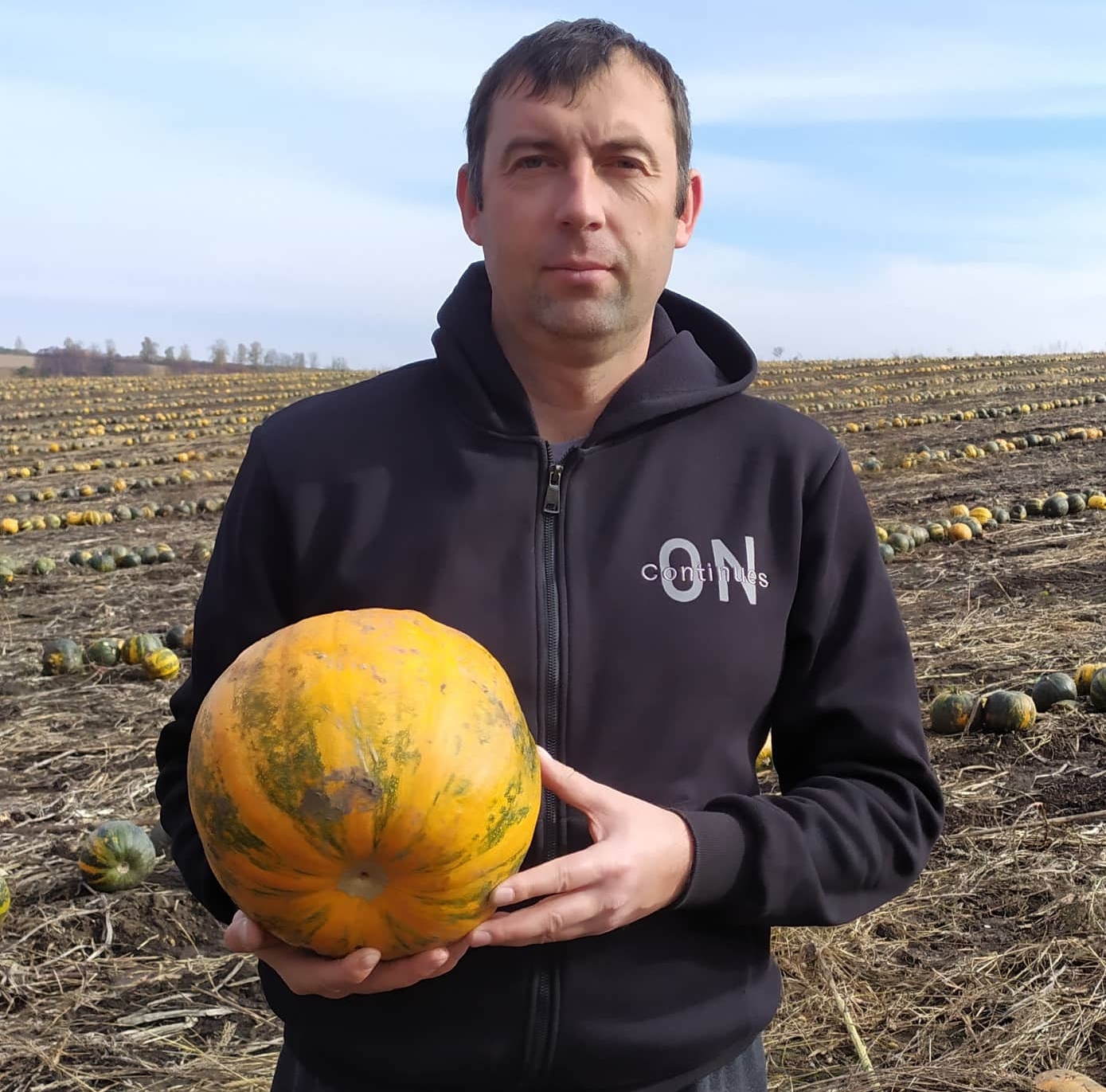 The pumpkin experiment, which began a year ago by the Local Development Agency and the Trostyanets community, was a huge success. They are currently harvesting their second harvest.

“We sowed 96 hectares last year and had a good harvest and profit. The net income was approximately 1.7 million hryvnias. As a result, the area under pumpkins has nearly doubled this year, to 153,” – according to Roman Glowatsky, director of the Local Development Agency.

The pumpkin idea, which came up last year, was quickly implemented. The agency grows whole grain pumpkin, but only the seeds are sold.

“We have a farm in Sumy Oblast’s, in Romen region, that has been growing pumpkins for several years. Pumpkins were planted on 1,400 hectares the previous year. This company won the tender to provide us with pumpkin growing services last year. Because we don’t have our own equipment yet, they cultivated the land, explains Glowatsky. – Pumpkin is a high-yielding crop. It is in high demand. For several years, this seed’s oil has been gaining popularity in Ukraine, and it is also very popular abroad. We purchase seeds straight from the field. The price per ton is UAH 25,000. The berry itself is distributed to people as livestock fodder. Whoever wants can freely come and take. We pay Trostyanets community taxes”.

The team has already started harvesting this year’s crop.

“The harvest is not as good as it could be. Because of the community’s occupation by Russian troops in the spring, the sowing dates were pushed back by nearly a month. Both locations had enemy troops stationed. Battles were fought on one near the city, and the entire field was riddled with shells. As a result, when the city was de-occupied, the question of whether to process or wait for sappers arose. We left an application on the website “Feudal,” which offered free demining services.The application was accepted. We called in May and were told that they were demining the Kyiv region first, then the Chernihiv region, and finally the Sumy region. We actually realised they were loaded, so we either didn’t sow or took a chance. And we went with the second option. Mechanics drove with caution. They attempted to cover the tears in the field with harrows and cultivators. One projectile was discovered during processing. Disposal specialists were called in.”

Although the spring planting dates were pushed back due to the war, the weather was pleasant in the summer, and the berries were quite good.

“True, some of it is underripe because the pumpkins were not given enough time. We are now attempting to accelerate the harvest due to the impending rain. This can lead to late collection. The crop was harvested in 3-4 weeks last year. And because the areas are larger this year, it takes longer,” – says the agency’s director.

We recently received an offer from a Lithuanian company looking to purchase dried seeds.

“However, we lack the necessary equipment for drying grains. However, we intend to open an oil mill and further process seeds as early as next year. In fact, they had planned to do so, but the war changed their priorities. There are also plans to broaden the varietal base. We are thinking about those that are used in cooking, for example,” –  Roman Glowatsky  was concluded the discussion.