The Ukrainian students strategized about the future of Ukraine, its national security and punishment for the aggressor: reparations and an international tribunal – the second Model of the NATO Youth Parliamentary Assembly was held in Lviv. 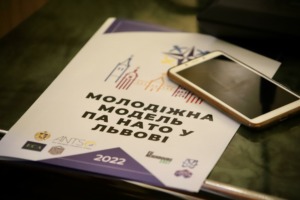 More than four months of preparation, lectures, meetings with parliamentarians, experts, and diplomats, all in order to raise a new generation of Ukrainian elite who will defend Ukraine’s interests around the world as a result of such projects.

“The youth model of the NATO PA is a unique opportunity to simulate what it looks like in real life. It is designed to unite active young people around the issue of solving the current problems of our time, analyzing the Russian-Ukrainian war and modeling important decisions. This is a way to teach, give skills, how to negotiate and conclude agreements between countries. It is very important that young people themselves proposed topics for work in committees in accordance with current events in Ukraine and the world. This year, active young people from nine leading universities of Ukraine were present, who seek to gain practical experience, they have the opportunity to gain it abroad as well,” says Oksana Yurynets, the organizer of the event, a member of the National Interests Advocacy Network “ANTS”.

A member of “ANTS” emphasizes that educated youth is the key to a free Ukraine. 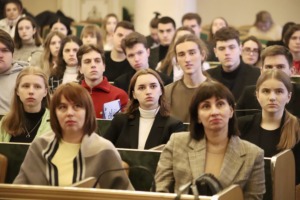 “When predicting what will happen next, we must keep the youth in mind.” She is unique in that, in addition to studying, she sacrifices her life to fight in the country’s east, protecting the future. It is critical for those with knowledge and skills to teach young people. Because of this, we are simulating the NATO PA Youth Model. We’re talking about Atlantic integration here, and we’re getting ready”. She says that different people from all over the world train young people with the help of the National Interests Advocacy Network “ANTS”. – “The NATO Youth PA model was held with the support of the government, parliamentarians, and our international friends. During the event, the youth discussed current issues such as Russian aggression, reparations, confiscations, and the UN resolution on the Russian Central Bank’s assets. Today, it is necessary to prepare for the replacement of people who will deal with Russia’s collapse, including because the process is lengthy”.

Yurynets emphasizes that this is a once-in-a-lifetime opportunity to train a new elite capable of defending the interests of its own country. 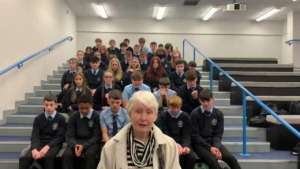 “Why is it so crucial?! You must understand tactics and strategy because you must have a certain knowledge of history. We must recognize the importance of this ancestry in our country. We often discuss how much stronger we can be, so we must understand all of these processes. I used to struggle to explain what the NATO Parliamentary Assembly is, but when Rammstein appeared, everyone immediately understood. It is critical that today’s young people make conscious choices, regardless of whether they are historians, internationalists, or economists. They are clearly aware of their role in the state. They recognize the importance of learning medical and tactical training skills, as well as military skills. This is critical because Ukraine is a teaching country today. On December 28-29, I will meet with university rectors from Ukraine at NATO headquarters to discuss Euro-Atlantic education for our youth as an essential component in preparing the elite, those people who will be conscious and build the future. We need a quick victory!” 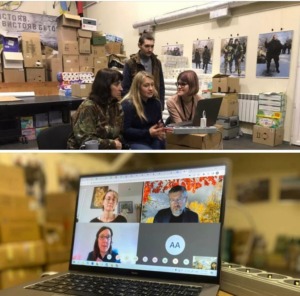 It is worth noting that the NATO youth PA model also provides students with the opportunity to intern in Ukraine’s governing bodies. This time, the top five will receive instruction from the Lviv Regional Council.

“Youth tried on the role of those who make decisions at the level of the parliamentary assembly, learning in a practical circle to develop resolutions and defend the positions of specific states in order to understand their course, interest, and place in interaction with Ukraine. We defend the state’s national interests, and youth education is precisely the tool that will aid Ukraine’s accession to the Alliance,” – Oksana Yurynets was agitated.

It is worth noting that the participants of the NATO PA Model attended a two-month course of lectures from leading scientists from Ukraine and around the world, during which time they listened to more than ten lectures and elected the NATO PA’s composition: the President, the General Secretary, and the heads of the NATO PA Model committees, as well as each committee prepared a resolution that will be put to a vote and approved by the votes of all delegates. 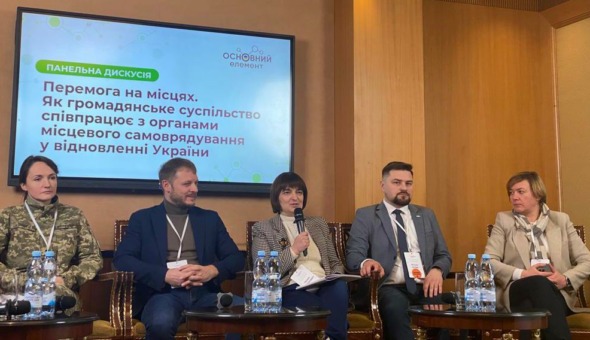 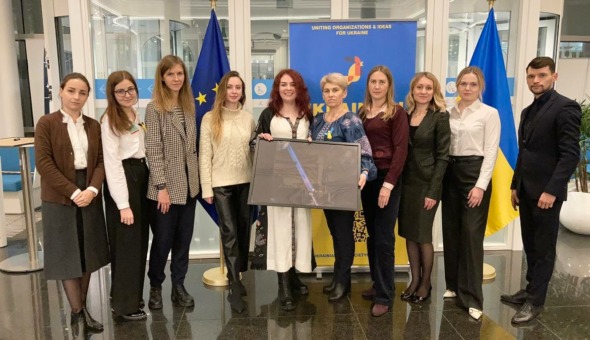