Taira met with members of the European Parliament to discuss the release of civilians illegally detained by russia, as well as assistance to the Armed Forces 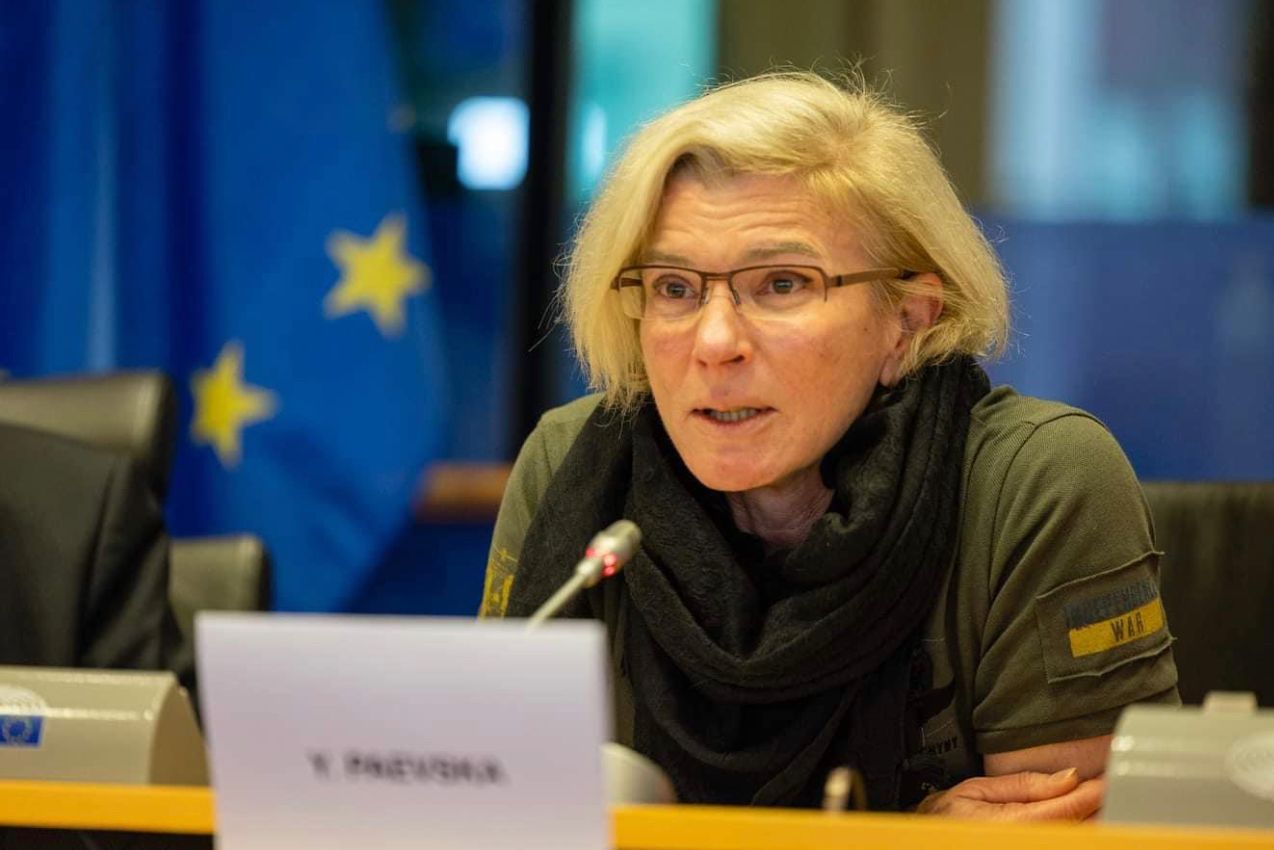 During her speech in the European Parliament, Ukrainian paramedic Yuliya Paevska “Taira,” who spent three months in russian captivity, urged the European community to maintain pressure on russia to release all Ukrainian prisoners. She also stated that the aggressor country should be held accountable for all war crimes.

“Work in the European Parliament for two days. Captives – accelerated exchange, detention conditions were discussed. Occupied territories – assistance to our civilians, medical and legal assistance, and methods to control the occupiers’ actions. Assistance to Ukraine and its armed forces Weapons, anti-aircraft defense, and state financial support russia has been designated as a terrorist state. Direct assistance to the injured in receiving treatment in the best clinics, consultations, surgery, and prosthetics. Civilians and military personnel’s psychological rehabilitation,” –  she posted it on Facebook. 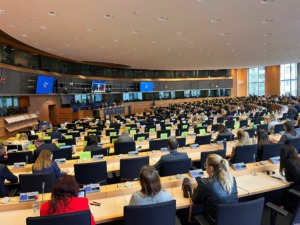 uropean Parliament at the invitation of MEPs Rasa Yuknyavichene and the EPP group, with the a

ssistance of Ukraine’s Representation to the European Union and the Ukrainian Hub in Brussels.

“In April, when Taira was imprisoned in russia, her daughter was here in Brussels, and she also spoke from the podium, calling for the release of illegally detained civilians, particularly paramedics, medics, and women.” Tyra has now paid a similar visit. It was, first and foremost, a significant symbolic gesture in which we demonstrated that the EU and the deputies, through international pressure and support, help to draw attention to the fact that russia illegally holds prisoners, tortures them, and creates inhumane conditions, particularly for women and children. And we also show that it was possible to free Taira from captivity with the help of international pressure – says Kateryna Musienko, an expert of the National Interests Advocacy Network “ANTS”. First, she met with a group of European Parliament members, with whom she discussed issues concerning captive women and their detention conditions, as well as the illegal removal of Ukrainian children from occupied territories and their adoption with living parents. We agreed to keep these issues on the list of relevant issues in the European Parliament and to mention them as frequently as possible in all resolutions”.

This was followed by a speech in the European Parliament, where Taira addressed all members of the EPP, the largest group in terms of numbers, with a 10-minute speech that was met with applause as a sign of respect by the MEPs. 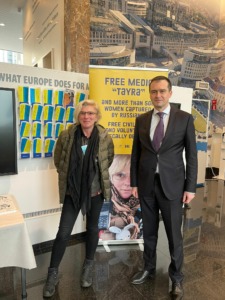 “During her speech, the volunteer touched on a variety of topics, emphasizing the importance of freeing prisoners, particularly civilians, who are being held illegally and in inhumane conditions. Some Ukrainians have been held in russian captivity since 2014. Tyra spoke about the conditions under which the aggressor country holds prisoners, emphasizing the importance of adopting a special resolution on the tribunal, because russia must be punished and held accountable for all crimes committed. The doctor also emphasized that victory is only possible with the international community’s collective support, and that Ukraine requires more weapons. She also emphasized the importance of assisting the civilian population. After all, due to critical infrastructure attacks, Ukrainians require generators and heating points for the winter. As a result, the international community must also mobilize in this regard, according to the ANTS member. – Then there was a meeting at the European Commission with Commissioner Kyriakides’ office. They discussed the role of the Red Cross, the delivery of humanitarian aid, the access of humanitarian missions to illegally detained prisoners, and other topics. They emphasized the possibility of assistance in the development of special protocols for the psychological rehabilitation of those released from captivity, on the initiative of the commissioner’s office, and a European support program was established”.

There was also a meeting with the President of the European Parliament, during which Yulia Paevska told her story of captivity, emphasizing the inhumane conditions of detention, and emphasizing that she was able to return home thanks to international advocacy pressure. 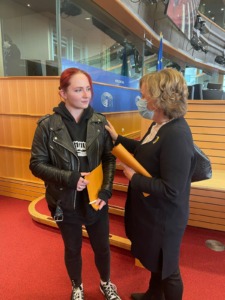 Meetings were also held with European Parliament members Andryus Kubilius and Michael Haller, who agreed on the possibility of rehabilitating the wounded and people who escaped from captivity with serious injuries in Germany. Taira’s visit to Lithuania is also agreed upon with Lithuanian MP Petras Autreviius. In addition, a strong media campaign was launched. Yulia Paevska told her story to Western media, emphasizing that Russia’s unconditional surrender and complete liberation of Ukrainian territories are the only acceptable conditions for negotiations with moscow.