The “ANTS” team took on the implementation of ambitious project 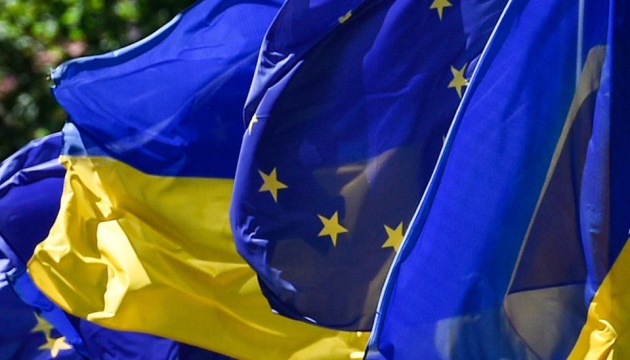 The NGO “ANTS” is implementing the project “Key pillars of Ukraine’s effective path to the EU: monitoring, cooperation, education” with the support of the Embassy of the Netherlands (MATRA Program).

The project team will examine Ukraine’s progress toward the EU, preparing unbiased information about the current state of reform implementation, political consequences, challenges, and providing its own qualified proposals.

“The project began on December 1. It will be good for a year. Its goal is to create a tracking system for Ukraine’s European integration. Our team consists of 7 analysts. They will all analyze legislative acts, conduct analytical monitoring, and research the opinions of leading experts. Cooperation with analytical centers in Ukraine, Belgium, and the Netherlands is also planned. All for one big goal: to understand how Ukraine is moving toward the EU,” – highlighted the project’s leader, Vasyl Sehin.

Over 85% of Ukrainians support Ukraine’s entry to the European Union.

“We and our partners must clearly understand whether such sentiments of Ukrainians are reflected in the decisions of the authorities. Furthermore, our country is politically and economically dependent on cooperation with the EU. According to the project manager, the Ukrainian economy has been significantly reoriented toward EU markets since 2014, and this process is ongoing. In particular, following the start of the large-scale invasion, the EU abolished customs duties and quotas for the export of Ukrainian products. – However, we see that, given the conditions of martial law, the activities of Ukraine’s Verkhovna Rada and Cabinet of Ministers are not as transparent and inclusive in decision-making as they were before February 24. Civil society organizations’ ability to advocate for necessary reforms has been severely hampered. The media continues to focus on propaganda while criticizing the government’s political actions. The current situation presents both challenges and opportunities for reform implementation. At the same time, we are suffering irreparable losses at the front, and we cannot afford to postpone the necessary post-war transformations in the country. Ensuring Ukraine’s pro-European, democratic development is our moral obligation as politicians and public figures to the soldiers who fight and die for Ukraine’s independence. The necessary changes must be made now in order to increase the state’s defense capability, increase Ukraine’s trust in international partners in order to obtain the necessary support, and achieve an evolutionary breakthrough in the post-war period. Our task is to examine the entire path of European integration progress and provide specific recommendations and proposals”.

As part of the project, an applied school of European integration will be established.

“Ukraine is already suffering from a severe shortage of specialists in this field. As a result, “ANTS” will establish a one-of-a-kind practical school for foreign and Ukrainian lecturers on the theory and practice of European integration. During the lectures, participants will be able to learn about the practical aspects of the European integration process, as well as the activities of European institutions. This is very promising for young people, because it is critical to have young, ambitious, and trained specialists at the start of EU membership negotiations. Negotiations move more actively and with better results when young people are involved in the negotiation groups, as demonstrated by the example of the Western Balkans, and the average age of the negotiators is up to 30 years old,” – Vasyl Sehin focused on his point.

The publication was made within the framework of the MATRA Program with the support of the Embassy of the Kingdom of the Netherlands in Ukraine. Opinions expressed are purely those of the authors and should not be construed as reflecting the Embassy’s official position.