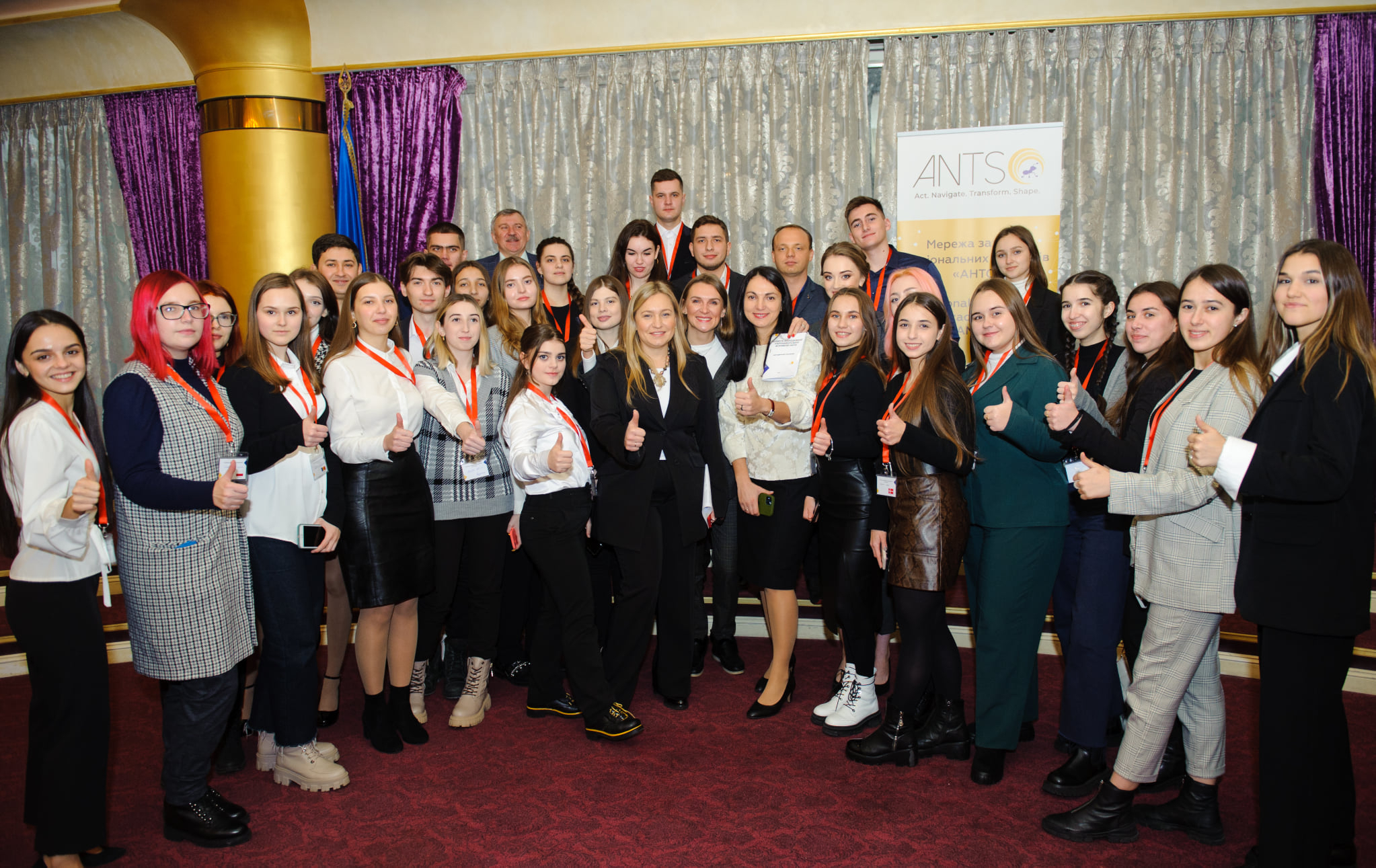 On December 8, in Ukraine’s capital, 84 participants, mostly students from all over the country, got a firsthand look at what it’s like to be a real representative of a NATO PA member organization. The project was designed to introduce young Ukrainians to the NATO PA organization and its working principles, to understand how NATO’s key democratic decision-making mechanism works in a multinational environment, to establish many personal contacts, and to directly transfer the experience of parliamentarians and diplomatic professionals to current students of higher education institutions.

The project was carried out with the assistance of the NATO Documentation and Information Center by the NGO “National Interests Advocacy Network “ANTS”.

According to Vineta Kleine, director of the NATO Documentation and Information Center in Ukraine:

“I sincerely believe in the power of youth. Their energy, creativity, and willingness to change things for the better is what motivates me to reflect on my own decisions and choices, as well as to be socially responsible. Young people do not wait for changes to occur; they are the changes that occur.”

Hanna Hopko, People’s Deputy of Ukraine and Chairman of the Committee on Foreign Affairs of the Verkhovna Rada of Ukraine in 2014-2019, Chairman of the Board of the National Interests Advocacy Network “ANTS” spoke about the project:

“On the 30th anniversary of the restoration of statehood, the ANTS initiated the first Youth Model of the NATO PA. Ukraine, which has restrained Russian armed aggression for 8 years, has become a contributor to European security. For Ukraine, the further development of a strategic partnership with NATO also involves a process of domestic transformations, in which youth from different regions of Ukraine must be involved. One of the tasks of the project is to increase the level of awareness of Ukrainian youth about the history and standards of NATO, cooperation with Ukraine. In our vision “Ukraine in NATO by 2030″, it is the youth who will demand democratic transformations into responsible public officials, acceleration of reforms. That is why we at the National Academy of Sciences initiated the NATO PA Youth Model to prepare progressive youth for a responsible task – the implementation of the course enshrined in the Constitution for joining NATO.”

“The NATO Parliamentary Assembly Youth Model is the personification of Ukrainians’ commitment to the democratic values of NATO and a catalyst for the development of our state. We, as the future community of young leaders of Ukraine, are clearly aware of the responsibility that rests on us, and by participating in the youth model of the NATO Parliamentary Assembly, we demonstrate our readiness for big changes and constant progress.”

Oksana Yurynets, People’s Deputy of Ukraine and Head of the Ukrainian delegation to the NATO PA in 2018-2019, noted:

“Youth will change Ukraine! The course of Ukraine’s accession to NATO, enshrined in the Constitution, is implemented by raising the level of awareness of Ukrainian youth about the activities of the NATO PA, its standards, history and interaction with Ukraine. The youth model of PA NATO is a communication platform for active progressive youth with Euro-Atlantic beliefs from all corners of Ukraine, from various universities and specialties. This is a unique opportunity for interaction, finding common solutions, defending a position through the representation of different countries as delegates, creating a common future for Europe and the world.”