At the front every day, ukrainian soldiers give their lives, protecting the peaceful sky of the world – Hanna Hopko

The main thing today is to give Ukraine the opportunity to defend itself by providing more weapons.

Hanna Hopko, the head of the National Interests Advocacy Network, emphasized this again during a broadcast on “Ukrainian Radio”.

“Despite the red carpets, despite the mood, when everyone talks about big investments and ambitious plans, defenders at the front give their lives every day to protect the peaceful skies of the world, particularly Europe, where an international conference on Ukraine’s restoration is being held today, from totalitarianism. As a result, I’ll be blunt: first, Ukraine must inflict a military defeat on Russia; only then will opportunities for some negotiations emerge. There should be an international tribunal, and reparations should be paid. Why is it important to quickly end the war with the victory of Ukraine? To halt the deaths of our defenders and reduce the destruction of infrastructure,” she said.

Hanna Hopko also emphasized that one of the conference’s key issues is finance.

About the recovery plan

It is critical that Ukraine present a vision of how the recovery plan will look, its structure, and so on. In other words, there is a starting point. There will be numerous additional enhancements and suggestions. Ukraine should pursue EU membership after obtaining candidate status. And here, reforms and responsibility, particularly global responsibility, are critical in Ukraine’s reconstruction. So that Roman Ratushny’s dream of living in a strong, prosperous country with the rule of law and equality, which he died for on the eve of his 25th birthday, could come true.

There is still no single jointly developed vision within the European Union: what will be the mechanisms of cooperation with other countries, such as the United Kingdom and Canada? What are the funding mechanisms for the chosen projects? The most important point, however, was made by the Prime Minister of the Czech Republic, which currently preside over the EU: “We don’t know when the first day of reconstruction will be after the victory.” As a result, it is critical to provide more weapons to Ukraine so that it can defend itself.

Russian armed aggression is a war for survival. Whoever has more financial resources, military support, fighting spirit, will win. Therefore, it is important to provide Ukraine with resources on various fronts in order to win this war. Therefore, we are talking about increasing support, and most importantly, changing the strategy for speeding up victory.

We should pay attention to the fact that there are certain obligations to provide Ukraine with money to cover the budget deficit. This is critically important, because in order to continue fighting on the battlefield, we need to maintain and provide for the army, and make social payments. Therefore, what is being said here today about the recovery plan is a sign that the world is rooting for Ukraine’s victory.

We must collaborate with European financial institutions and European investment banks, each of which has its own programs ranging from macro to micro financing to support economic development. However, the emergence of a capable, wealthy middle class is critical for Ukraine. All of that business, which has now given all of its savings, particularly the last four months of a full-scale invasion, had access to cheap money. That is, not 20 percent loans, but low-interest loans to purchase future production facilities. And this is critical in order to avoid future monopolies in various sectors and industries. During the war, it is necessary to continue to attract resources for outside jobs, including small social enterprises for forcibly displaced people or agricultural and other businesses that must continue to work for GDP. So, regardless of the war, we could not only keep the payment capacity afloat through foreign loans, but also contribute to the budget.

About work on the sidelines

In addition to the official presentation, work on the sidelines with representatives from various governments, international organizations, and financial institutions is essential. It is here that informal visions can be heard, as well as feedback on the government’s presentation and the EU’s reconstruction vision. There is sometimes an opportunity to hear more than at official presentations in such communication. 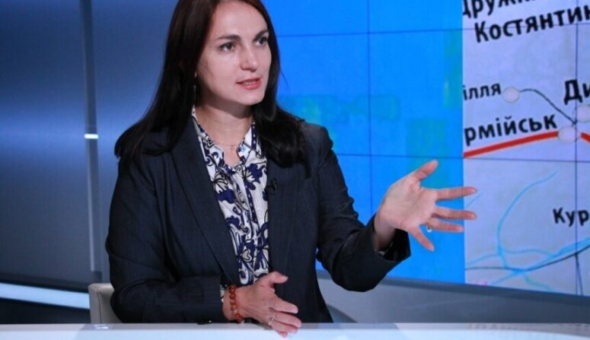